“Our Home is the Finger Print of our Heritage and Consciousness” 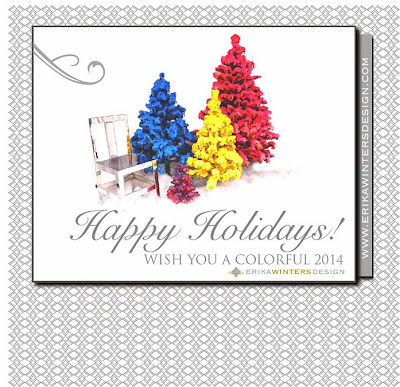 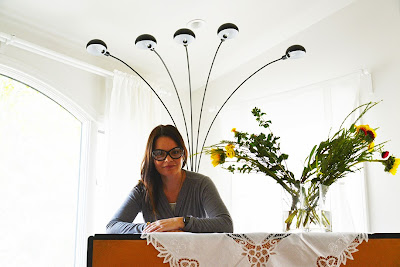 A continuación les muestro buenos momentos y ambientes que quiero conservar por siempre. Son las cosas que hice en el 2013 y que tendrán continuidad este año.
Showing the good times and environments that will be kept. These are the things I did in 2013 and which will continue this year.

La dedicación a mi trabajo me llevó a planear una nueva estrategia y un cambio importante en mi carrera profesional.
The dedication to my work led me to plan a new strategy and a major change in my career. 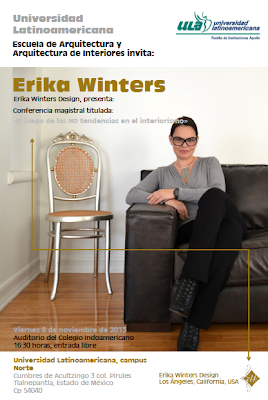 
Gracias a mis clientes por la confianza y por dejarme ser parte importante de su cambio estético.
Thanks to my clients for their trust and for letting me be part of their aesthetic change. 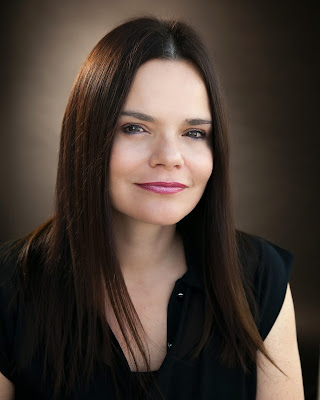 THE NON-TENDENCY IN INTERIOR DESIGN

For an interior design process to work well, you must properly appreciate the space, free it from all preconceived ideas, and start from zero in order to imagine the possible worlds that will inhabit it. That is why I like to remove every object from the space, leaving me alone with the floors, walls, windows, heights and light. In other words, I like to work from the ground up. In the same way, I think we must go back to square one in regards what we commonly call a tendency.
Let’s go back to basics and remind ourselves that the term tendency, just like other powerful concepts in the world today, has become oversaturated by the desire for all kinds of products and exploited for commercial aims.
The Spanish language dictionary published by the Real Academia Española defines the term “tendencia” (tendency) to imagine other possible worlds: from the verb to tend, lean toward, it describes a propensity or inclination among men and things toward particular ends.

It is also the force by which a body inclines toward another or something else.
Another definition describes it as a religious, economic, political, artistic idea of a certain inclination.
Thus we can see it as a state of a subject or object, an action that can be carried out, as well as a condition of the substance, of the circumstances, and even of ideas.
And finally it is understood as a concept that can clarify extremely complex thoughts.
That sets us off on a journey to somewhere, though not on our own. We are accompanied by numerous other people traveling toward a specific purpose.
For many, something that is “out there” holds the tension of the promise.

How is that tension structured? In my view, by an enormously powerful need that someone has found and that is seeking a solution.
I believe that the underlying basis of the tendency involves creating the illusory effect of arriving, but one never really reaches that endpoint because the power of the illusion is built on the idea of creating a promise of security, of approaching stability and harmony.
The opportunity of illusion benefits the professional orchestrators of tendency. They know how to perceive the path, the development, the key moments, the pitfalls, the recoveries and the imminent destruction. Their profits lie in knowing which way the wind will blow, which seeds will fall on fertile soil to sprout a new tendency.
That fertile soil is curious, unique to say the least, because although it’s a large group that is searching for safety, stability, harmony and even cultural integration;
Ultimately each member is looking for individuality, that instant of experience in which we are capable of feeling unique, unrepeatable, eternal.
Experience thus becomes the instant of eternity rooted in the matter that exists and which is put into action because it can be perceived, reflected upon and, of course, felt.

Experimentation is essential to access the tendency, because among other things it is not an individual act but one that can be shared. In short, it’s a creative act of connectivity.
If we want to create meaning we must recognize the comparisons and contrasts in all our actions, even though that may take us down winding paths which we sometimes confuse with mere frivolity.
The issue is interesting especially because it’s a game. There is not “NON-TENDENCY” precisely because that is a tendency.

For example, “vintage” is in fashion for various reasons, including the reconstruction of a series of tendencies that we left behind and that now, under the patina of distance, allow us to have a calmer understanding of materials, techniques, and tools that were discarded in favor of the “new.”
This is obviously until we exhaust the topic (only at a sensory level) of innovation, which is none other than finding a new application, a new solution to the process, materials, and techniques. Something that will continue happening as long as society exists.

So… I believe that there are no “non-tendencies” and that precisely what “there is” is the tendency to continue experimenting with a more handcrafted and interior design-oriented approach, perhaps applying elements that revive the workshop methods, the former techniques of working with materials and shapes which were abandoned due to  the overwhelming sense of mass production in the design world, not only integrating the function and quality of the assembly process, but the aesthetic factor too.

Nowadays, this is all integrated as part of the mass production of the interior design style.


This test has now been passed and was achieved during the interesting aesthetic development of the 20th century. This is because there was a demand for housing and therefore furniture in the post-war period.
For example, in the way Charles Eames introduces glass fiber. The workshop was in Santa Monica, CA, giving him opportunity to watch the surfers from time to time.
Charles conceived a chair model based on the manufacturing process used for of surfboards.
New windows of opportunity are opened, in the world of the very highest-quality design and elegance that can only be achieved as a whole within a complete space based on mass-produced and their counterparts;that it is design that reformulates (from a potentially ecologist perspective) a more handcrafted design more in demand to work as a tailor who creates a unique article for he/her client, possibly unrepeatable due to the quality and type of objects, materials, restoration techniques and the aesthetic vision of the designer who assembles each space with a unique approach.
It could be proposed that the designer is working on the level of the contemporary artist, but also the future artisan, with the proposal of the cultured workshop.

However I believe there is a tendency that both approaches are being applied and it is the integration of objects within the larger picture.
It is no longer the eclectic entirety, where each object shone on its own merit in a combination that could be harmonious, but which defined itself by the combination of forms and various styles that also demanded its own attention to be paid by the user-spectator.

Today everything is integrated based on a complex combination of colors, forms and textures in which objects can be exaggerated or taken to unusual dimensions and volumes, but which conserve the harmony with the chaos, as two diametrically opposed styles.

In this same way I think that this means the “definitive” conquest and supremacy of materials and shapes, making the settings entirely moldable in their elegant exuberance.

Perhaps we are saying farewell to excesses in the most elegant way possible. Or perhaps the excesses are what refuse to die, in the knowledge that their days are numbered, but there is a point of equilibrium between ferocious consumerism and the planet’s capacity to offer so much exuberance to millions of people.
-Erika Winters-

Posted by Erika Winters® Design at 11:03 PM No comments:

Check out Erika Winters on Yelp

Search for a home builder who can simplify the construction process, or stumble upon a landscape designer who can make your landscaping dreams a reality.
Browse inspiring bedroom design, then outfit your personal beds design, convertible futon ordaybed with designer bedding linens and decorative throw pillows.